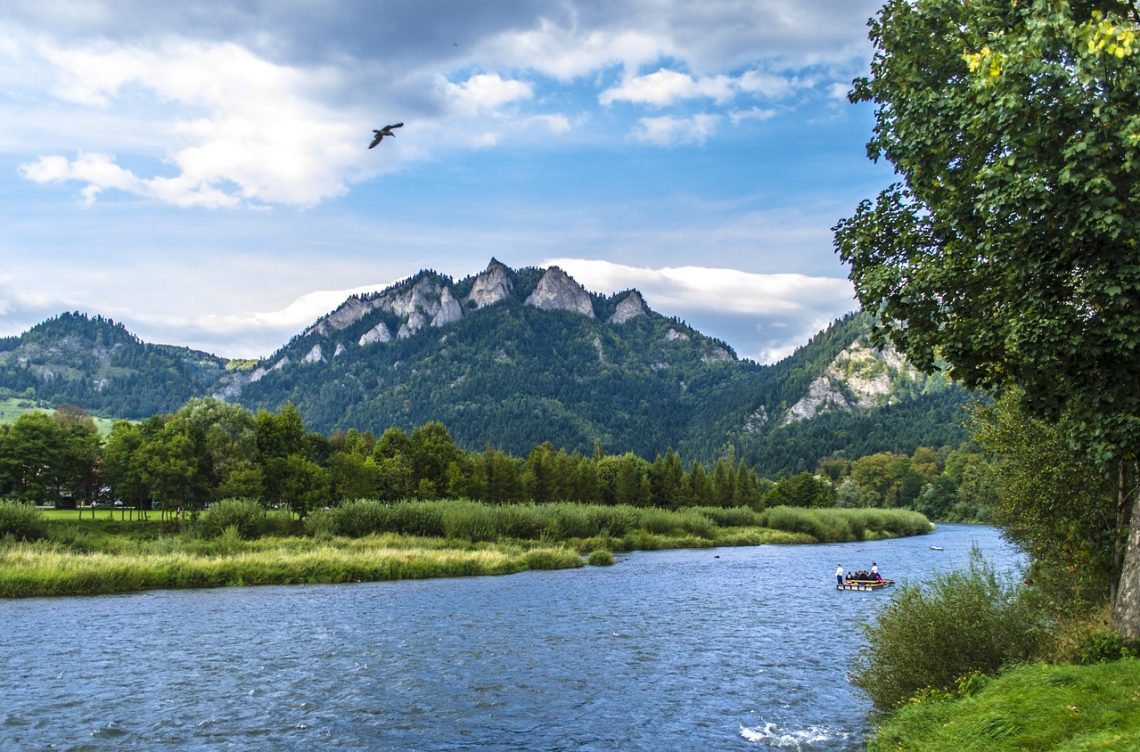 Smart tour for just two of You! You’ll start in Polish capital, Warsaw, then visit historical city of Cracow, UNESCO World Heritage places – Wieliczka Salt Mine and (as an option) Auschwitz-Birkenau death camp.

overnights in twin/double room, with breakfasts.

One 3-4 hrs. walking guided tour in Warsaw (in English)One 4 hrs walking tour in Cracow (in English)Escorts/pick-ups: on arrival at airport and to and from railway station. English speaking guide in Wieliczka Salt Mine.

Breakfasts in hotels. Vegetarian and Vegan food options on request.

1. Visit to Auschwitz-Birkenau, with bus transfer from Cracow. Guided in English (in group of other people)

2.Dunajec rafting – on traditional wooden rafts, Sromowce – Szczawnica route (available from 1.04 to 31.10). In case of dangerous state of water in the river, tour can be cancelled and refunded.

After breakfast – our English-speaking guide will meet You in hotel lobby and guide You on 3 hrs walking tour in historical parts of Polish capital. Rest of the day is free. Overnight in Warsaw.

After breakfast – check-out, taxi transfer to railway station and departure to Cracow by fast train. Pick-up by our escort on station in Cracow after around 2hrs50 min journey, private transfer to hotel. Early afternoon – guided city tour in Cracow Old Town (up to 3,5 hrs), including visit to Wawel Cathedral with graves of Polish kings.  Free time in the evening.   Overnight in Cracow

After breakfast – Wieliczka Salt Mine tour (with transfer there and back) in the morning. Optional guided tour in charming Kazimierz district in Cracow, in the past most important place for Jews of Central Europe. Most of Jewish population of Kazimierz persihed in the Holocaust, but the architecture (with numerous, very old synagogues) and spirit of the place survived.  Visit to Schindler’s factory at final stage of the guided tour.  Overnigh in Cracow

After breakfast:  optional visit to Auschwitz-Birkenau, main site and symbol of the Holocaust. Bus pick up from nearby of hotel. Guided visit in English, in Auschwitz and Birkenau parts, lasting up to 3,5 hrs (in a group of other visitors).  Come back to Cracow in the afternoon or late afternoon.   Overnight in Cracow

After breakfast – check-out.  Private transfer to Zakopane – most famous Polish mountain resort.  Optional guided city tour (private guide in English, up to 3 hrs) Cable cart drive to top of Gubałówka hill, to see panoramic view on Tatra mountains.  Free afternoon in Zakopane centre (can be spend also on walking without guide in picturesque valleys in the lowest parts of Polish mountains) Overnight in Zakopane.

Day 7: Come back to Cracow

Breakfast, check-out, end of the tour.

Single supplement – for people who would like to make this tour alone:

4. Dunajec rafting – on traditional wooden rafts, Sromowce – Szczawnica route (available from 1.04 to 31.10). In case of dangerous or low state of water in the river, tour can be cancelled and refunded. Takes place on route from Zakopane to Cracow.

Prices above are calculated for high touristic season. Prices above do not constitute an offer (according to Polish law). They do not include plane tickets (and other services not mentioned in the itinerary)

Please fill contact form in BOOKING section of this page and You will receive our binding offer with exact price on Your email. Filling the contact form takes less than two minutes 🙂

Read before You book:

This website uses cookies to improve your experience while you navigate through the website. Out of these cookies, the cookies that are categorized as necessary are stored on your browser as they are essential for the working of basic functionalities of the website. We also use third-party cookies that help us analyze and understand how you use this website. These cookies will be stored in your browser only with your consent. You also have the option to opt-out of these cookies. But opting out of some of these cookies may have an effect on your browsing experience.
Necessary Always Enabled
Necessary cookies are absolutely essential for the website to function properly. This category only includes cookies that ensures basic functionalities and security features of the website. These cookies do not store any personal information.
Non-necessary
Any cookies that may not be particularly necessary for the website to function and is used specifically to collect user personal data via analytics, ads, other embedded contents are termed as non-necessary cookies. It is mandatory to procure user consent prior to running these cookies on your website.
SAVE & ACCEPT